The Remastering Engine feature, which is said to be included on the PlayStation 5, could enable games belonging to older consoles to be run on the new console. Let's look at all the details of the feature that appears this way in theory. 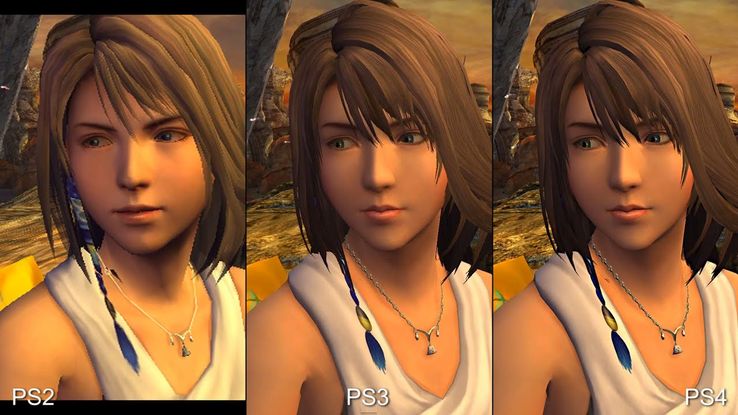 As you may recall, recently a claim about Sony's new console, the PlayStation 5, was dropped like a bomb on the agenda. The new console, allegedly, would come with the "Remastering Engine" feature, which could be compatible with retroactive games and run the older generation of console games. New information has emerged about this feature, which is hard to believe in the first place.
HipHopGamer, a personality associated with the Games, revealed the existence and capabilities of the Remastering engine as a result of the information he received from a source. According to the statement, the feature will support games from the PlayStation 1 era to the PlayStation 4 ERA, allowing users to plug in old game discs and play an updated version of the games.


PlayStation 5 could blend old games with new technology:
The PlayStation 4, currently the most current console available on the Sony front, does not allow playing older-generation games sourced from its hardware. Instead, Sony is offering such games via game streaming service PlayStation Now, which relies on a monthly subscription system to circumvent the compatibility issue. While the required traded games on this system can be played across platforms, older disks are not supported.


Although it is not clear why the PS1 and PS2 game discs are unplayable on the PS4, there are several explanations for the lack of PS3 compatibility. According to numerous developers who produced games for the console, the PS3 was one of the toughest machines to develop a game. If the rumors are true, this could be big news for fans of PS3 games, as the new feature could ease the burden of adapting PS3 games to the modern era.

It is said that the Remastering Engine, which promises to run PS1, PS2, PS3 and PS4 games on PS5 as well as providing a better quality image, can not do much to improve the texture of the older games. At this point, it's likely Sony could go some way, such as upgrading to 4K or delivering older games in higher resolution. However, how good old console games will become with the Remastering Engine is also a matter of great wonder.

However, some developers, such as Sony departments, can work on PS3 to make games scalable and rearranged for the PS5. At this point, the Remastering Engine can handle the feature similarly to Sony's First Backward-Compatibility console, the PS3. The PS1 and PS2 games that can be played on Sony's PS3 have had some problems, such as Square jumping, but the PS5, which is supported by the Remastering Engine, may have much better results.
You must log in or register to reply here.
Share:
Facebook Twitter Google+ Reddit Pinterest Tumblr WhatsApp Email Link
Top